ALL ICO REPORTSVIEW CURRENT & PAST REPORTS

Georgiy Gradov and his colleagues of the Kokholskaya Agricultural Company are looking to crowdfund a niche industry – commercial dairy farms in the Voronezh region (Russian Federation).

Georgiy Gradov and Co. provide a comprehensive overview of what their plans contain and do not seem to overpromise. Stating there is a dire shortage of dairy supply in the country and region as a whole.

The Kokholskaya Agricultural Company has branded themselves as mavericks in raising funds for a traditional business via ICO. They seek the benefits an ICO, which in the form of decentralization will lead to more autonomy for the team, rendering them free from pressures of state actors and other conglomerates.

However, the whitepaper argues that the project, despite being introduced in almost anti-establishment light, is solving a very relevant pain in the industry and has been a Priority Project of the Russian Federation since 2015, and has passed all approval stages with regard to Russian authorities.

A Priority Project renders them a whole list of subsidies, such as farm machinery (15%), animals (65 roubles per kg), milk (1.60 roubles per litre), and much more. These subsidies are listed in the whitepaper.

The whitepaper further cites economic woes as a primary reason for doing the ICO. It has lead to banks refusing to offer collateral-free loans. Kokholskaya’s vast ownership of assets (3500 hectares of land and buildings) do not qualify as collateral.

Agriculture Getting an ICO Upgrade to Boost Production in Russia https://t.co/40GFIn1doT via @Cointelegraph

The team has made it clear from the start of the whitepaper that MilkCoin is not going to be a utility token. Investors of the MilkCoin Derivative have contractual rights to a buy-sell back in the future. In this case, the company will issue a buy-back after 3 years at up to $1.20 per token, at a rate of 10% of the total supply a year.

Investors also have the right to annual and quarterly dividends. In short, MilkCoin acts as an alternative investment vehicle, instead of a true cryptocurrency.

This is where the Kokholskaya Agricultural Company differs from many other ICOs. Although the team provides a whitepaper on their website, it is designed to offer a simple and succinct explanation of the reasoning behind the project and the framework in which it will operate by.

There is, however, a 100 page business plan that includes some detailed analysis into the commodity in question (milk and cattle meat, how compositions matter and the various licensing required), a market analysis of milk and meat, the organization’s marketing strategy and operational plan, the environmental impact of the project and even financial projections and risks.

It even includes the CVs of the team. Needless to say, this is not something very commonly seen in ICOs - where more often than not an investor is directed to a 2 paged whitepaper. Perhaps the team felt that an astonishing proposition needed to be bolstered so much more in order to attract investors.

Outlined in fiat according to stages the fundraising is able to hit, detailed cost description is available on the website

Presale Phase: None. Team invests own funds for land and buildings.

Token Price:  1 MilkCoin for $0.1-$1 USD at various stages specified in the whitepaper

The Higher School of Economics. Worked for Moscow government as a construction - project manager.

Argicultural specialist, Sergey has 20 years of experience in the field of agricultural development. Has been wotking in “Kokholskaya Agricultural Company” since 2009.

Voronezh State University (graduated 1998). Has been working in “Kokholskaya Agricultural Company” since 2009. 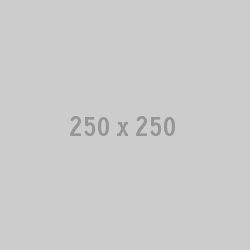 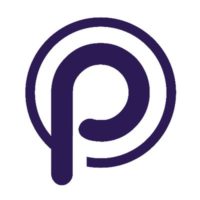 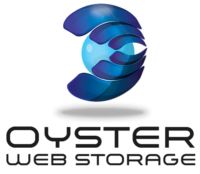